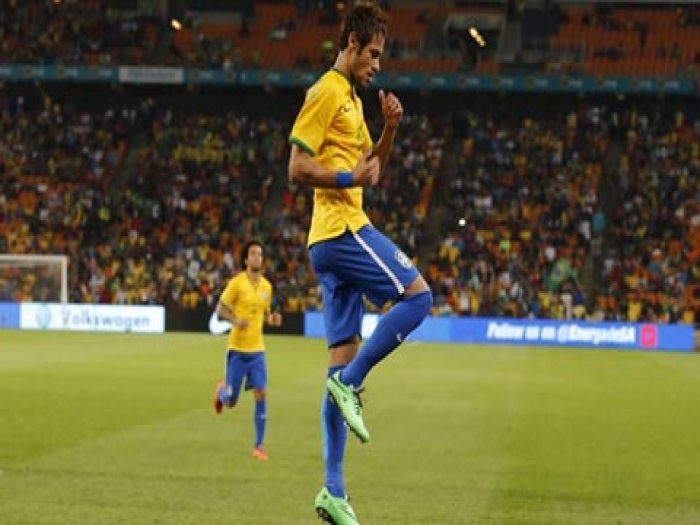 Neymar’s hat-trick lit up a powerful Brazil performance as the 32 nations taking part in this year’s World Cup tested out their squads on a busy night of friendlies on Wednesday which also brought victories for Spain, Germany and France.
Barcelona forward Neymar was unstoppable for tournament hosts Brazil as they demolished a poor South Africa side 5-0 in the Soweto Soccer City stadium which hosted the 2010 final between Spain and the Netherlands.