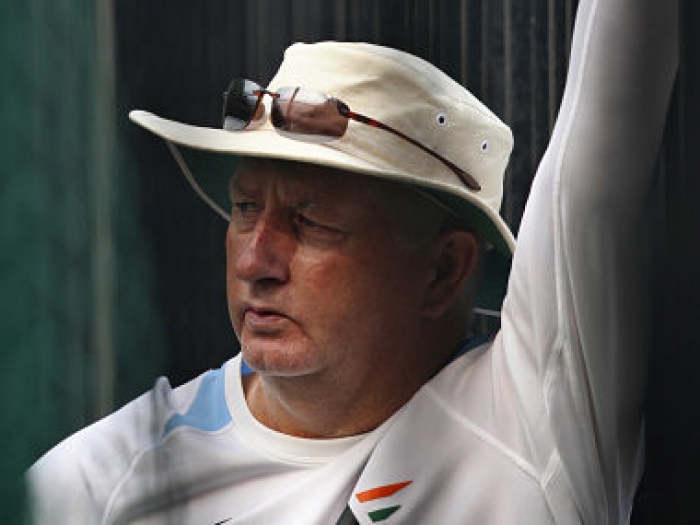 Sunil Gavaskar has trained his guns at India coach Duncan Fletcher and it isn't a pretty sight -- not for the India coach anyway.
In a column that has appeared in the Times of India, the legendary Indian opener has called for a 'younger' coach; a coach who will not be looking to put his feet up at the first possible chance.
The losses in South Africa and New Zealand have clearly disillusioned the former opener, who in recent times has also spoken against the Indian team's selection policy and training practices feels that Indian cricket.
"It (Indian cricket) seems to be in a freefall that looks tough to arrest," Gavaskar wrote. "What Indian cricket needs right now is a younger coach who will want to be out working with the team and not looking to put his feet up at the slightest chance."
Some players like Shane Warne may feel that a coach doesn't have a very big role to play in the scheme of things but if one looks at the impact that Darren Lehmann has had on Australia, one can be sure that it definitely makes an impact.
"Kirsten was enormously respected by the players because he had done the hard yards in both forms of the game. Kirsten knew the value of practicing to get better and under him the training sessions were competitive, productive and enjoyable," said Gavaskar. "Since his departure, Indian cricket has just slipped and slipped."
Gavaskar feels Indian fans shouldn't expecting their team to defend the World Cup in 2015.
"There will be some who will argue that changing coaches with just one year to go is not a wise move, but unless that is done Indian cricket will continue to go down."