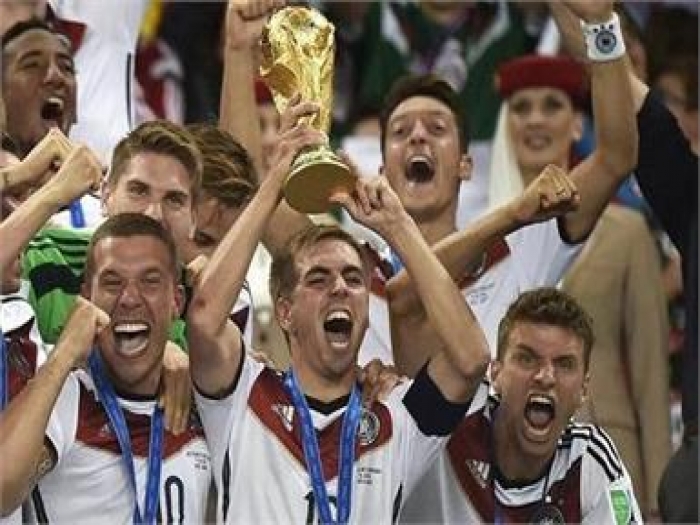 Germany wrote a new chapter in the history of international football as they became the first European team to lift the World Cup in South America, clinching a hard-fought 1-0 win over Argentina in the final, their triumph coming on the back of steely resolve and blood on the pitch here.
Substitute Mario Goetze scored the all-important goal in the 113th minute, combining with another sub Andre Schurrle, who provided him the assist, leaving thousands of Argentine fans heartbroken.