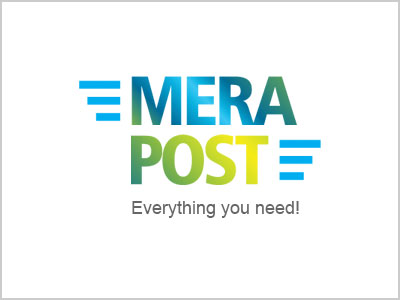 "What has been made public is Part-I of the report? It has been reported in the media that pages 112 to 167 are still not known. Is it because these pages contain some material which can be embarrassing to those in power in 1962? The first 111 pages having been made public, it is now necessary that the balance pages also be made public rather than allow public opinion be influenced by unauthentic sources."

The above paragraph is taken from Union Defence Minister Arun Jaitley's blog post The Henderson Brooks Report which he authored on 19 March 2014 as the Leader of Opposition in Rajya Sabha. The story, however is Jaitley's blog post now cease to exist on his website arunjaitley.com as reported by DNA.

In March this year Australian journalist Neville Maxwell had sent shock waves particularly in the Congress camp when he chose to release the Henderson Brooks report partially just ahead of the Lok Sabha elections.
A Firstpost story by G Pramod Kumar on 19 March said: "It's been always known that Maxwell had access to the report, because one of the three angles that his 1970 book, curiously titled "India’s China War" (and not the other way) took details from the Henderson Brooks report.
"In his book, he had noted that then prime minister and the defence minister had meddled with the military and the North-East Frontier Agency debacle was because of men and material. The Brooks report noted that Nehru’s ill-conceived "Forward Policy", initiated a year earlier, was the reason for the war rather than China’s aggression.

"The BJP lost no time in seizing the opportunity to take the matter to the election-wary Congress camp and make it a Patel vs Nehru battle. The Congress had no explanation to offer as to why it’s still clinging to the secrecy of the document, given that all the people involved are long dead and gone."

The Oil Ministry is likely to move the Cabinet Committee on Political Affairs (CCPA) soon with an expert panel recommendations of raising cooking gas (LPG) rates by Rs 250 per cylinder and kerosene price by Rs 4 a litre. The ministry is preparing a draft note for consideration of the CCPA on pricing of diesel, kerosene and LPG, official sources said. Endorsing the previous UPA government's monthly 40-50 paisa per litre increase in diesel prices, the ministry is likely to propose that the...

Anticipating major economic reforms in the maiden budget to be presented by the new Indian government, Corporate America has said it is ready to invest billions of dollars in India but the budget must match "pragmatism with unbridled enthusiasm". Through this budget, the Obama Administration, policy makers, corporate sector and economists in the US are hoping to see a strong sign of a the major economic reforms which were promised by Prime Minister Narendra Modi during his election...